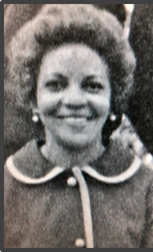 Christine Jeanette Robinson Nesbitt, 97 of Rand, passed away at home on Friday, November 29, 2019.
She was known as Jeanette or Jean to her friends and family.

Jeanette was born October 8, 1922 to the late McKinley and Katherine Robinson in Newton Crossing, NC while they were visiting relatives.

She spent most of her childhood in Ward Hollow, WV, then moved to NYC, NY at the age of 16.

She owned and operated the Hotel Fane in Harlem until her retirement in 2010.

She lived in Rand, WV with her sister Brenda and her loving niece.

A memorial severe will be held at a later date.