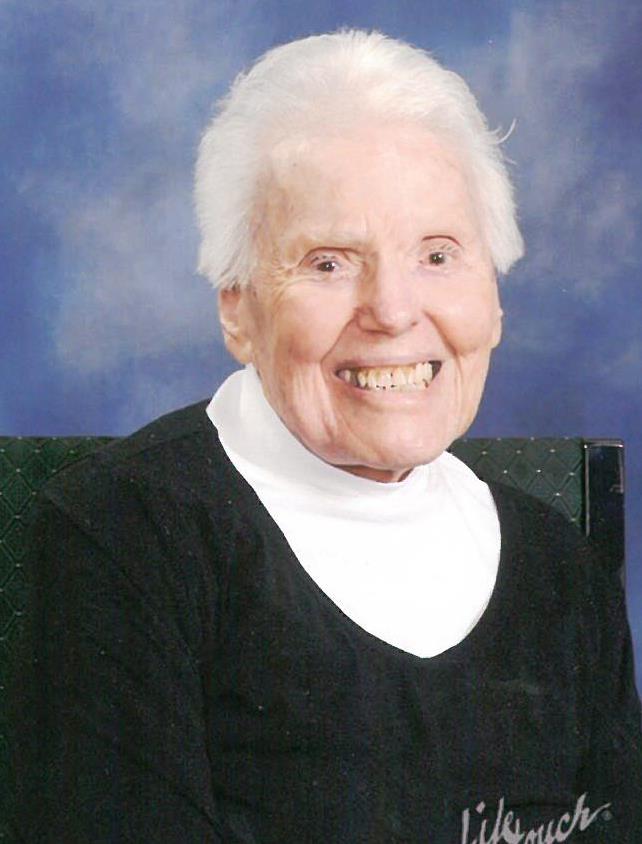 DOROTHY SPRATT CROUCH, 102, of Hickory, NC died peacefully in her sleep as a resident of Brookdale Charleston Gardens on April 19, 2020.  She lived every minute of her very long and blessed life to the fullest.

She was preceded in death by her husband, Charles Conrad Crouch, her parents, Barnett McRee II and Alice Kittrell Spratt. a brother, Barney McRee Spratt III, and a sister, Sallie Brice Todd.

Dorothy “Dot” was born February 10, 1918 in Lincolnton, NC and her family moved when she was a baby to Hickory, where she resided the entirety of her life.  She attended Hickory public schools and graduated from Lenoir Rhyne College in 1939.  She married Conrad Crouch on May 27, 1944, a marriage that lasted for 55 years.

Dot was a lifetime member of the First United Methodist Church, and faithfully served in many capacities during that time.  She joined the United Methodist Women in 1940 and served as Treasurer for over 25 years.  In her 90’s she had the joy of singing with the summer chancel choir.

She was always ready for a serious game of bridge with her bridge club, friends or ready to “fill in” whenever she received a call.  Additionally, all were amazed with her vast knowledge of sports, especially anything to do with her love of Duke and NC State.  Also her love of travel also took her to all 50 states and many countries.

Dot experienced much of world, national and local history during her very long life.  She was born during the Spanish flu pandemic, suffered through the Great Depression and experienced the worries and deprivation of World War II.  As a child, she saw farmers come to market past her house with horse and wagon but then as an adult watched a man land on the moon.  She was a treasure trove of Hickory history and on her 102nd Birthday, she was honored by Mayor Guess’s Proclamation that February 10, 2020 was designated “Dot Crouch Day” in Hickory.

Dot’s absolutely joy, though, was her family.  Continual family occasions and gatherings over the years kept her spunky zest for life alive, especially any and all trips to West Virginia.

Due to current issues with the Coronavirus, a service celebrating her life is planned for a future time when social distancing will not be needed.  Dot always loved flowers, since her sister and brother-in-law operated Todd Flowers in Hickory. Since flowers are not needed at this time, we welcome sending some to a person in a nursing home or in isolation right now in her memory.  For a contribution of memory, suggestions are First United Methodist Church, 311 Third Avenue NE, Hickory, NC 28601 or Hickory Landmarks Society, 542 2nd Street NE, Hickory, NC 28601.