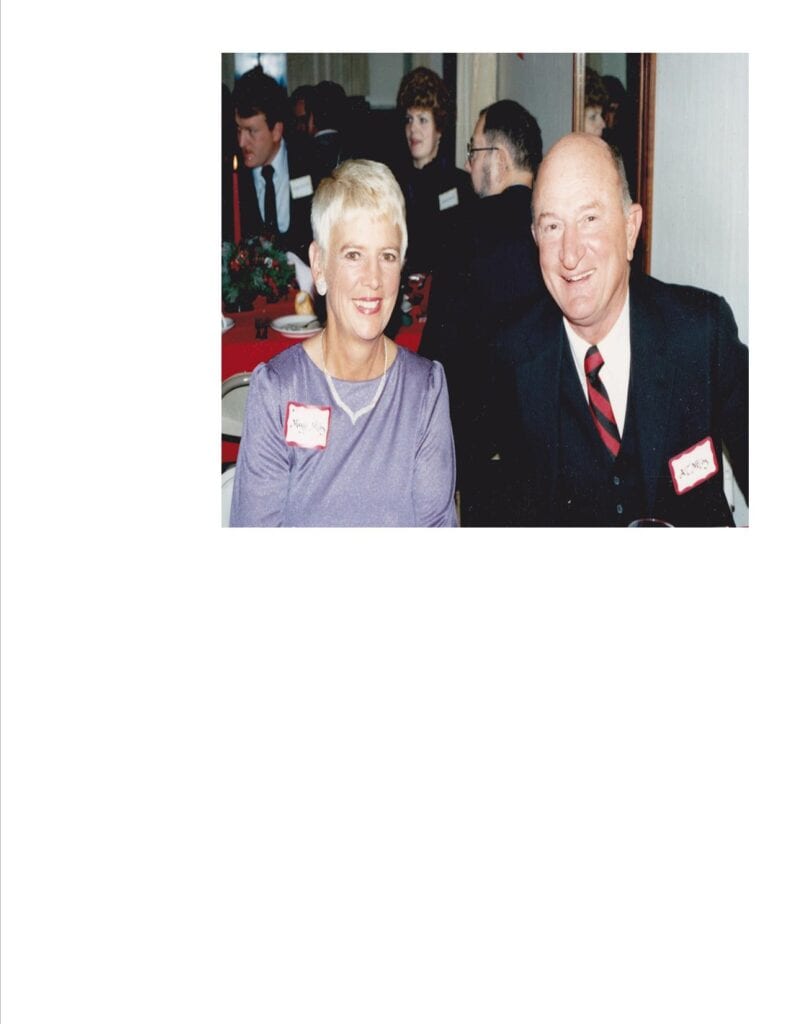 Dr. Arch Thomas McCoy of Charleston died October 13, 2020 in hospice care at the Arthur B Hodges facility of Edgewood Summit in Charleston WV. Born August 19, 1926 in Bluefield WV, Tom was the only child of Arch and Margaret McCoy of Peterstown WV. He was preceded in death by his wife of 63 years, Maggie McCoy December 11, 2012, and his son in law John A Rollins in 2009.
He is survived by his children Nancy (Mick) Neshek of Lake Geneva, WI; Frances Rollins of Charleston; and Hugh (Jeanne) McCoy of Fayetteville, WV. He also survived by granddaughters Mary Katherine Rollins and Elizabeth (Libba) Rollins, and lifelong friends. He was especially important in the lives of Dr Harry Ballard, Dr. William Harris, and Thomas A Taylor, who was like a second son to him.
His immediate cause of death was COVID-19, but there was much more to say about him than the way he died.
Tom grew up in Peterstown, WV during the great depression. His father died of a heart attack at the age of 30, when Tom was 4. Work was hard to come by during the depression, so he was raised by his grandmother in Ballard family home while his mother, Aunts, and uncles found work in other parts of the state. He and his cousin ‘Tommie’ McCoy (daughter to Eva Ballard McCoy, also a widow) were raised in the family home as their mothers earned a living teaching school in Welch WV.
Tom’s father Arch McCoy was effectively a professional football player before there was any money for it. He played football for various colleges, ending up at Concord College, where his childhood sweetheart Margaret was going to school. He was both the team coach and team captain, earning Concord College their only undefeated football season in 1925. Arch and Margaret married that year.
Arch’s legendary prowess as an athlete made Tom a natural pick for team quarterback as soon as he was old enough to play. His real talents, though, were in math and science, where he was often the sole student for advanced instruction in those topics. Tom later joked about how he was always presented to review boards as the ‘typical’ Peterstown student.
Tom volunteered for the Air Corp during WWII, but was discharged after VE day, so that he could enter Annapolis. Unfortunately, a shoulder injury from football was finally recognized. He was rejected from the program. He rapidly re-enlisted so that he could get access to the GI Bill. He was given a “limited Service” rating. Tom apparently did well enough on the intelligence tests to impress the Master Sergeant, Bill Russell. He immediately made Tom his assistant and promoted him from inductee to Sergeant, skipping four intermediate ranks.
Thomas started college in 1946. He was accepted into Medical School in 1949 and had to finish his BA in 1950, after he had already started Medical school. He and Margaret Ann Wiley married that year and soon had their first daughter Nancy. He got a 2 year degree in 1951 and was accepted into Medical College of Virginia (MCV) for the final two years. He finished Med school on June 2, 1953, 3 days before His second daughter was born. He interned at MCV for 1 year, as did Hugh Wiley. Jim Beech interned at Cincinnati General. (These three were best friends from the time they met in college, to the end of their lives. Their children all referred to the other two as ‘uncles’ and considered the other children as cousins.)
He went to Charleston and received a $1000 Mead Johnson fellowship upon entering a 1-year residency in family practice. The dean at MCV (John Truslow) got this fellowship for him. At this point he was making an astounding $250/month (equivalent to nearly $4,000/month now). His son Hugh was born in Charleston during this residency. Upon finishing this residency, he went to Bluefield and created a group practice of Rod Folkes, Otis King, and Tom McCoy at 1400 Bland St. He stayed with that practice 13 months.
He was asked to consider a position as camp doctor for the Eastern Coal Corporation. This coal operation was owned by the Tierney’s, who were family friends with Tom’s grandparents. He accepted the position and officially became a company doctor on August 20, 1956. This position was in Stone, Kentucky.
Stone was originally created as ‘company’ town by the coal company in the 1920’s. It had company housing and company scrip for purchases at the company store. It still had many vestiges of that original legacy when Tom was the camp Doctor in the late 1950’s.
Exactly 3 years later he went to Durham to begin a residency in Urology. He was in the UNC program at Watts hospital for the first two years and went to Chapel Hill for the third year as head resident.
He went back to Charleston WV in 1962 and started practice in Kanawha City, next to the Memorial Hospital. Burt Bradford was head of Surgery at the Memorial and opened some doors for the newly established private practice. He was FACS board certified in 1965. He was chief of the Department of Urology between 1967 and 1968. By 1967 Tom had been elected president of the WV AMA, and in 1970 President of the mid-Atlantic AUA. He was a pioneer in the use of Lithotripsy in this country and introduced the technology to WV in 1982. He retired from the practice of medicine in 1984.
Following Tom’s retirement from practicing medicine in Charleston, Maggie and Tom split their time between Florida and West Virginia enjoying golf, tennis and their grandchildren. In 2010, they moved back to Charleston permanently as Maggie’s Alzheimer’s disease progressed. Maggie died in 2012 and Tom stayed on at Edgewood Summit. The staff still consider his 90th Birthday party, in 2016, the best party ever put on there.
Due to Covid-19 concerns there will be no visitation or memorial service at this time. Tom’s favorite charity was the Alzheimer’s association. Donations can be made through https://www.alz.org/
You may send condolences to the fmaily at: www.barlowbonsall.com
Barlow Bonsall Funeral Home has been entrusted tohandle the arrangements.