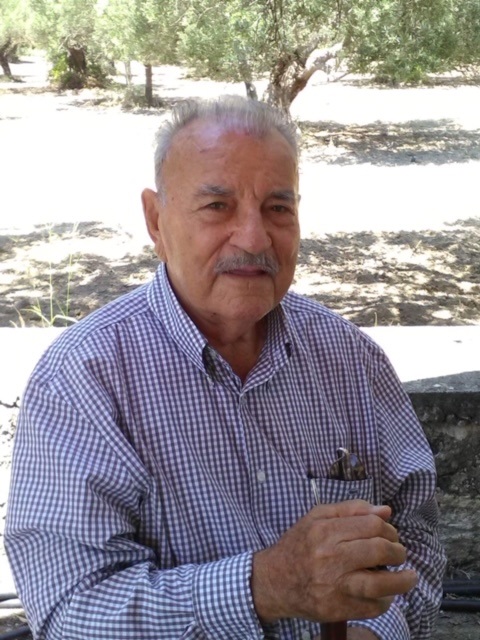 George S. Nicoloudakis passed away peacefully on June 1st at Brookdale Assisted Living facility. He was born on January 1, 1927, in Kaina, Crete, Greece. George immigrated to the United States in 1970 with his wife Katina and their two sons, Spyro and Yianni. His daughter Maria was born shortly thereafter. He arrived in the United States determined to create a better life for his family. George was a tough Greek man who although wore a prosthetic leg due to an accident during World War II, did not ever view this as a disability. He was a hard worker, from his days working in a marble factory in Athens to his successful auto-body business, A-1 Body Shop, LLC, here in Charleston. His hard work paid off, and he was able to visit his beloved island of Crete yearly.

George was a lifelong member of St. John Greek Orthodox Church. He was an avid gun and antique car collector and enjoyed hunting. George was preceded in death by his wife Katina after 63 years of marriage, and his brothers Aristotle Nicols and Mihali Nicoloudakis. George is survived by his sister Krystallia Stavrulakis (Chrisanthos) of Chania, Crete; brother Emmanuel Nicols (Ingeborg) of Chania, Crete; sons, Spyro Nicoloudakis (Anna) and Yianni Nicoloudakis (Kandy); daughter, Maria Femia (Greg); nine grandchildren; four great-grandchildren; and many nieces and nephews.

In lieu of flowers, the family requests donations may be made to in memory of George to: St. John Greek Orthodox Church, 3512 MacCorkle Avenue, SE, Charleston, WV 25304.

Condolences may be sent to the family at www.barlowbonsall.com