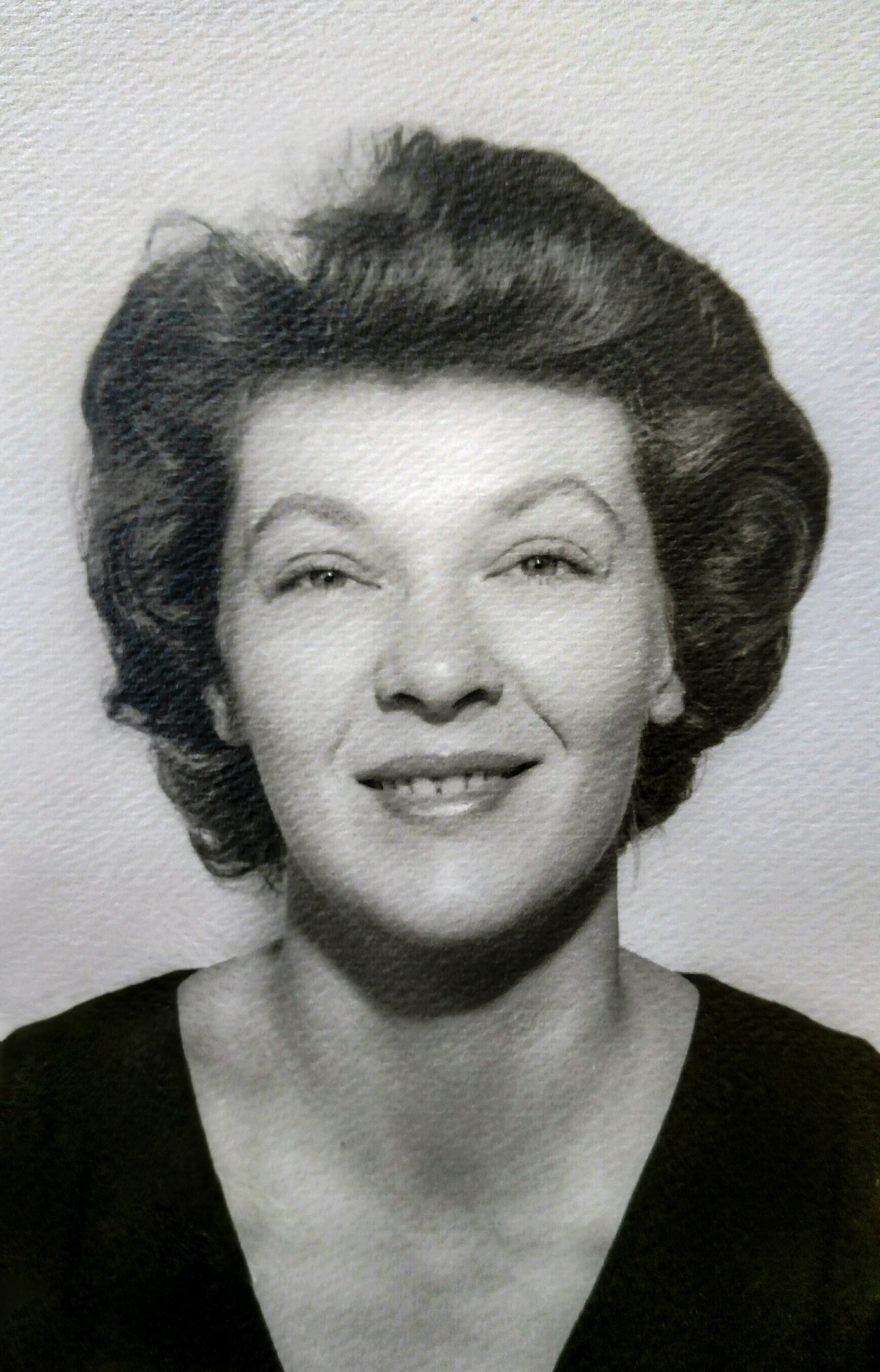 Helen Eagan Pushkin, formerly of Charleston, died on April 16, 2020 after a long illness. She was 87.

She was born and raised in Nellis, WV, the fifth of seven children. Her father was the Paymaster for the ARMCO Coal Mine and her mother was a homemaker and later served as Postmaster. She had fond memories of family and thriving community life in Nellis and often remarked on the cultural diversity found there, which stemmed from its coal mining industry.

She graduated from Sherman High School in 1950. She subsequently studied nursing and graduated from the Charleston General School of Nursing in 1954. She then worked in multiple disciplines of hospital nursing.

She would later effect the many tireless and sometimes thankless duties of homemaking and child-rearing in a warm and often self-sacrificing way. This naturally included the countless routines of home maintenance and child nurturing in the facilitation of health, academic, social and cultural development.  She enjoyed wonderful and enduring friendships from her years spent on Virginia Avenue and Bedford Road.

Having converted to Judaism in the late 1950’s, she often referenced the warm reception she received from the Charleston Jewish community. She was a long-time member of B’nai Jacob Synagogue and served as President of the Ladies Auxiliary and as a member of Chevra Kadisha, a group of designated congregants which performs ritual preparation of the bodies of the deceased prior to burial. She took part in various services and celebratory events over the years at the synagogue. She kept a Jewish home and memorably hosted rich and flavorful holiday meals with family. She was also a longtime member of Hadassah, an organization committed to the development of women and Jewish values.

After twenty-three years primarily dedicated to her family, she remarkably completed a refresher course in nursing and returned to professional care giving. In 1990, she was recognized as Nurse of the Year at CAMC Women and Children’s Hospital, an honor bestowed upon her by nurses and nonclinical employees. She formed close bonds with colleagues from her nursing years.

She had a sincere and longstanding appreciation of opera and classical music and sang in the Charleston General Nurses’ Choir as well as the Charleston Civic Chorus.

She maintained close ties with her siblings and faithfully attended Eagan Family Reunions. For many years, she cared for her mother and dutifully saw to the needs of other family members and friends. Following her retirement, she spent some of her most peaceful and relaxing years in a small community in Florida, in close proximity to her sister, Eileen. In her later years, she moved to Glen Allen, VA, where she enjoyed newly formed friendships and afterschool care of her granddaughter, Jana.

Helen was perhaps best known and loved for her empathy and devotion to the care and comfort of others. She was ever kind and generous, genuine in nature, humanistic, unfailingly honest and nonjudgmentally accepting of others. She was down to earth and displayed a willing sense of humor. She was perceptive, insightful and transmitted wisdom and caregiving even in her declining years. She was also exceedingly grateful for the care she received from others. She was cherished by those around her and led a highly contributing and purposeful life. She will be deeply missed.

Those inclined may make a gift in her memory to B’nai Jacob Synagogue, 1599 Virginia St. East, Charleston, WV 25311 or to one’s charity of choice.

Barlow Bonsall Funeral Home was entrusted with the burial servies.