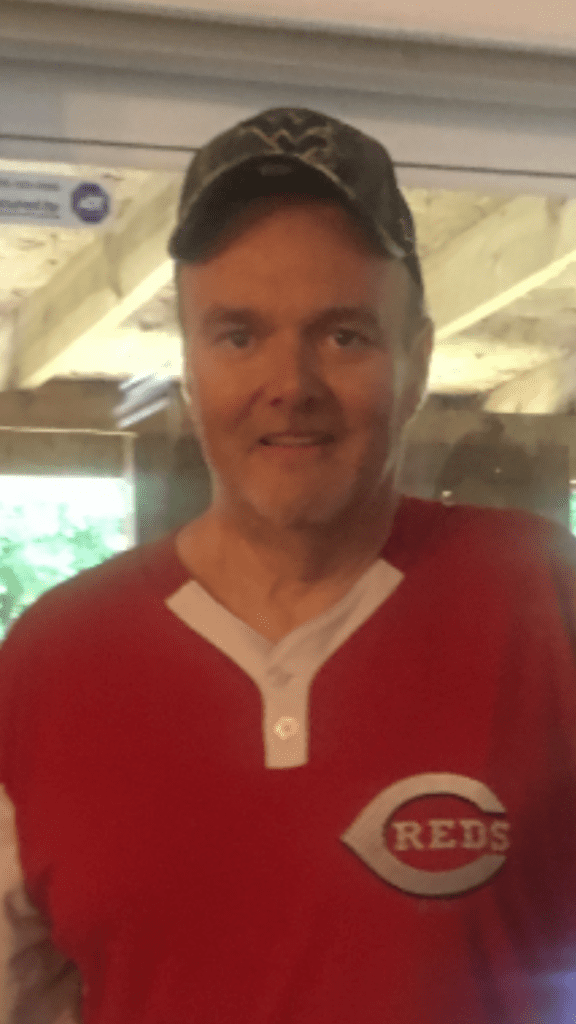 John Cooper, 62, of South Charleston went home to be with the Lord on Friday, March 20, 2020, following a long illness.

“I have fought a good fight, I have finished my course, I have kept the faith. Henceforth there is laid up for me a crown of righteousness, which the Lord, the righteous judge, shall give me at that day: and not to me only but unto all them also that love his appearing.”

John was born on September 24, 1957 to John and Bonnie Cooper. He was a long resident of Cabin Creek, WV and later resided in South Charleston. John always had a passion for sports and was an avid collector of sports memorabilia. He was a lifelong fan of the Cincinnati Reds, Nascar Racing, and the WVU Mountaineers. He especially was a fan of Mark Martin and Johnny Bench. He also loved his animals deeply, especially his yorkie Sweet Pea. John was a humble man and he had a sense of humor that would brighten the day for anyone he was around. He was also a very caring man who had a great love for his family and friends.

A memorial will be held at Laurel Grove Missionary Baptist Church, at Lively on Paint Creek Road, on Saturday, June 20, 2020 at 1 pm, to remember and honor John’s memory. Family and friends are invited to attend. Pastor Harry Miller will be officiating the memorial service. The family would like to thank the doctors and nurses that cared for John. We would like to send a very special thank you to his doctor and friend, Dr. Eads, and to Pastor Harry Miller. John will be truly missed by his family and friends. “For us it’s not goodbye, it’s see you later”.