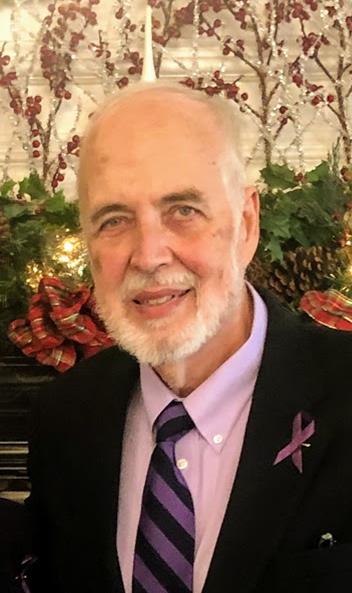 John R. Homburg, age 76, of Charleston passed away Sunday, July 5, 2020, after a 35-month battle with pancreatic cancer. He died peacefully in his sleep at home, with his wife and daughter by his side.
John is survived by his wife of 39 years, Kay, and their daughter, Dr. Hillary Homburg. John also leaves behind his sister, Judith Hadsell, brothers-in-law Richard Hadsell and Barry and Skip Copley, sister-in-law Carletta Copley, nephews David, Doug, and Dan Hadsell and their wives and children. He is preceded in death by his parents, John William and Francis Reed Homburg.
He was born in St. Louis, Mo., but has lived in W.Va. since he was a preteen; he thought of himself as a West Virginian and loved the state dearly. John graduated from West Virginia University School of Law in 1964. He was an avid WVU sports fan and 50-year football season ticket holder.
John had myriad interests, including water gardening and flower gardening. He was a WVU-certified master gardener for over 30 years. His backyard was a spectacular showcase of thousands of carefully cultivated flowers.
As a glasswork enthusiast, John was a long-time collector of art glass and West Virginia glass. He used Blenko and Wissmach glass to create stained glass windows for his home. John was also one of only a few to own the entire collection of limited-edition Blenko West Virginia Birthday pieces, which have been created annually since 1980. In 2017, he donated the entire collection to the West Virginia Division of Culture and History.
In his early 40s, John became a first-time parent and considered this to be his life-defining role. He was also a loyal confidant who treasured his friends. His visited or spoke weekly with his close group of friends – affectionately named the ROMEO (Retired Old Men Eating Out) group by his wife Kay.
He will be missed by those in what he called his Legislative Services family. He worked for Legislative Services Division, writing laws that were passed or rejected by the West Virginia Legislature throughout 50 legislative sessions.
John was dedicated to public service and loved the nuanced intricacies of law. He was proud to be involved in West Virginia state government. Upon his retirement in 2014, John was recognized by the governor, receiving the Distinguished West Virginian Award for his service to the state. One of his most long-lasting legacies is the inspiration he provided for his daughter to continue his dedication to public service.
John was diagnosed with stage IV pancreatic cancer in 2017 and given a prognosis of fewer than three months. Refusing to give up hope, he underwent multiple rounds of chemotherapy and the Whipple procedure, prolonging his life nearly three more years. He credited his dedicated oncology team—Drs. N. Jogenpally (Thomas Memorial Hospital) and D. Sohal (University of Cincinnati)—as well as distinguished and skilled surgeon and family friend Dr. Gareth Morris-Stiff, compassionate primary care physician Dr. Lester Labus, trainer and friend of over 15 years Brandon Walters and his dedicated family and friends with his ability to persevere for so long with such a debilitating illness.
John requested to be cremated. His ashes will be interred at the family plot in Wheeling, W.Va. In deference to current public health guidelines and concern for the well-being of friends and family, no services will be held. A celebration of life will be scheduled at a future date for loved ones to share their memories of joyful times.
Remembrances may be made in the form desired by friends. John’s family kindly suggests any charitable contributions be sent to the Pancreatic Cancer Action Network (www.pancan.org) in John’s memory.
Condolences may be sent to the family at www.barlowbonsall.com .
Barlow Bonsall Funeral Home, Charleston has been entrusted with the arrangements.