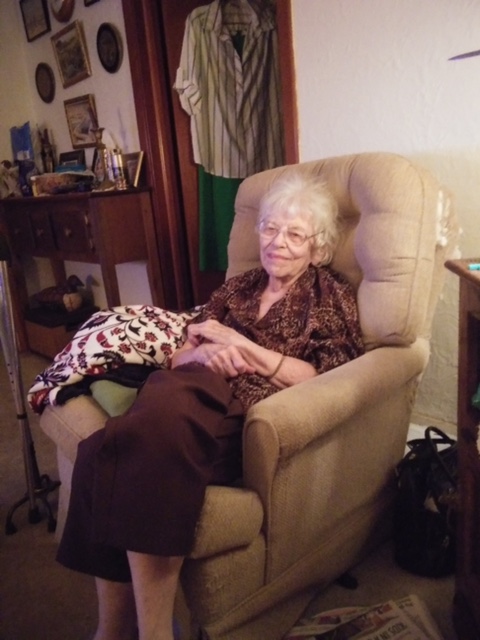 She was the valedictorian of her 1946 graduating class at Oceana High School.

Kay worked in a gift shop while she was in high school. After graduating she attended Westhampton College of the University of Richmond. She was a Music Major but changed to Mathematics and English. After two years, she took time out of school in 1948 and was hired for one year as a math teacher in Oceana, VA.

Kay first met Don Loudermilk in February 1946, while he was stationed at Oceana Naval Auxiliary Air Station and they were engaged in August 1948, after he finished his undergraduate degree. Kay taught for one year and Don finished his first year of seminary. They were married in June 1949 and after a honeymoon at Green Lake, Wisconsin, they went to live at the Seminary in Newton Centre.

Tim was born in 1953 when the family lived in Hyattsville, Maryland. In 1955, the family moved to Parkersburg, WV, where Jeff was born in 1956. During the Parkersburg tenure, Kay was given a chance to get in some of her under graduate work at the West Virginia University extension center in Parkersburg. When the two boys were in school she took a teaching job at VanDevender Junior High School. In the summers she returned to Richmond for summer school, carrying a 9 hour load. After the family moved to Lewisburg, in 1967, she completed her AB
degree from the University of Richmond. After the family moved to Charleston, she taught math and algebra at Roosevelt Junior High School and continued her class work to receive the Master’s Degree from West Virginia University.

During her 24 year teaching experience, she taught in Oceana,Virginia, Parkersburg, Lewisburg, Ronceverte and Charleston, West Virginia. She retired in June 1989.

She and Don sang in the Senior Choir at Charleston Baptist Temple until 2005.

She was preceded in death by her husband, Rev. Dr. Donald Malcolm Loudermilk; and two brothers, Stuart (Dick) Carlisle and Ernest (Buddy) Brown.

She is survived by her two sons and daughters-in-law; Timothy Donald and wife Rebecca of West Virginia, and COL(R) USA Jeffrey Allen and wife Maria of Center Twp., PA; grandchildren, Donald Alexander, James Robert and Nicole Kathleen of WV, and John Nicholas of PA; and sister, Brenda Alyce Koehn.

In lieu of flowers, the family suggests donations be made to: Emogene Dolin Jones Hospice House, 3100 Staunton Road, Huntington, WV 25702.

You may send your condolences to the family at www.barlowbonsall.com

Barlow-Bonsall Funeral Home has been entrusted to handle the arrangements.