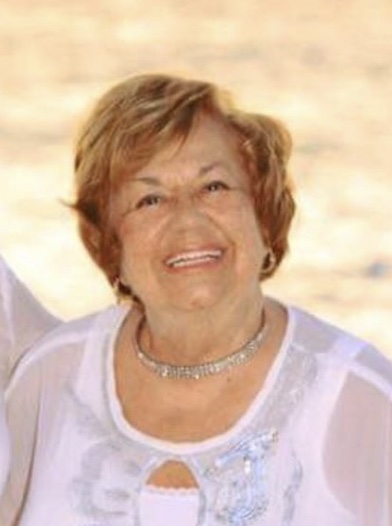 Kelly Light George was born in Huntington, WV to Russell Arnold and Lydia Ellen Hagley Light on January 10, 1930. Her Mother described her arrival as a “wonderful gift from God’s benevolent grace”. She was a loving daughter, sister, wife, and mother. She had a keen sensitivity to other’s feelings, she was caring, exceedingly generous and giving, patient, firm but fair, and kind. She set high standards for those she loved, and she loved a lot.

Kelly has been described as someone who truly lived a selfless life of service dedicated to her family, church, friends, and community. A life lived with integrity, style, class, grace, and empathy. She was an advocate and inspiration to countless others; a champion of women and children, working to promote access to equality, and righting the injustice she saw. She earned the respect and confidence of others, as a mentor, trusted advisor, confidant, and friend. Kelly was a positive force, seeing the good in every situation, while making everything look effortless. She was strong and independent, but always diplomatic.

Kelly had a quick wit, a way of making people feel important, to feel welcome, a smile that brightened any room, and a kind word for everyone she met. She was a role model, and a “2nd” Mother to more than she knew. She kept up on the latest trends and styles, and never lost her desire or interest in current events and the people in her life. She knew something about almost everything.

She loved nothing more than her family, her trademark 5 “V’s”, and their families. She loved and lived life to the fullest, with chilled champagne to celebrate the events of the day! Pink was her color, along with her Patriotic red, white, and blue. Kelly enjoyed travel and family vacations, which involved an educational piece along the way. She has been written up in various publications and is a published author of “The Civil War: Remembrances, Rhythms & Recipes”, along with poetry and short stories.

Kelly moved to New York City, and attended Drake Drama School and the Cambridge School of Radio and Television. She was employed by NBC and was an ever-ready TV/Radio/commercial actress and model. Kelly loved the single, career girl life in NYC, and took advantage of all the City had to offer. She never lost her love of the Big Apple, or her desire to share it.

Kelly returned to Huntington to marry her High School/College Sweetheart, Raymond “Rommie” George. After time in Cincinnati, OH, and the birth of Vincent and Victor, they moved to Charleston and Valerie joined the family that New Year’s Eve. They built their dream home on Weberwood Drive, referred to as just “2040”, in time for Von’s arrival in 1961, and Vanessa Kelly, “The Baby”, completed the family in 1967. Kelly was the perfect hostess and gourmet cook, who loved sharing her art of entertaining with her family, friends, and beyond. She always set an extra seat at her table, because “you never knew who might stop by, or need a meal”, her door was always open. Life in Weberwood was idyllic. Kelly served on the Weberwood PTA for 16 years, Windermere Pool, Inc., and Volunteer/Chief of the Weberwood Volunteer Fire Dept. She was the first female Volunteer Fire Chief in the US. During the Weberwood years, Kelly and Ray enjoyed owning and operating the Daniel Boone Hotel, with so many wonderful employees and nationally known guests.

Kelly was a Professional Parliamentarian, as well as a Certified Leadership and Volunteerism Trainer. No one knew Robert’s Rules better than Kelly. Kelly could “work her magic” for any fundraising event, volunteer organization, or simply to help a new Mother acquire the basic items she needed.

Kelly’s political interests started early in life, and her love affair with Politics and the Political Process never diminished. She had the ability to listen to and work together with both sides of the aisle, without judgement. She was a WV Democrat of the Year, Delegate to 7 Democratic National Conventions, attended 5 Democratic Presidential Inaugurations, served on various National Committees, and as Democratic Executive Committee Woman. She chaired Governor’s Balls, Inauguration’s, and Parades.

Kelly campaigned tirelessly for her chosen candidates. She had met every US President from Harry S. Truman to Barack Obama.

Kelly was a State Director with the Miss National Teen-Ager Pageant for West Virginia, Ohio, and Indiana; and Director of other local pageants. These pageants were a place for young women to learn self-confidence, stage presence, and interviewing skills. Kelly developed Life-Long Friendships with many of these young women.

Kelly loved the river, leading to various volunteer roles with the Charleston Sternwheel Regatta, where she was always center stage in the Olympia Brass Band Funeral Parade down Capital Street. Kelly was commissioned an Honorary Captain of the P. A. Denny, where she took a top seat for the Sternwheel Regatta Races.

Kelly’s commitment to the March of Dimes stretched over 6 decades, supporting the organization from door to door “dime” collections, to having the Annual WV March of Dimes “Kelly L. George Volunteerism” Award presented in her honor.

It is hard to imagine a world without Kelly L. George in it. She will be felt in the hearts and minds of so many; in the halls, organizations, and communities she impacted; and through the programs of compassion and education she inspired. Kelly had a contagious enthusiasm, and simply wanted her life to help create a better world. Her bright, infectious smile will live on in those she touched, and should remind us to continue pressing forward with kindness and humility for all.

Due to the COVID-19 restrictions, final services and a celebration of Kelly’s remarkable life will be held at a later date.