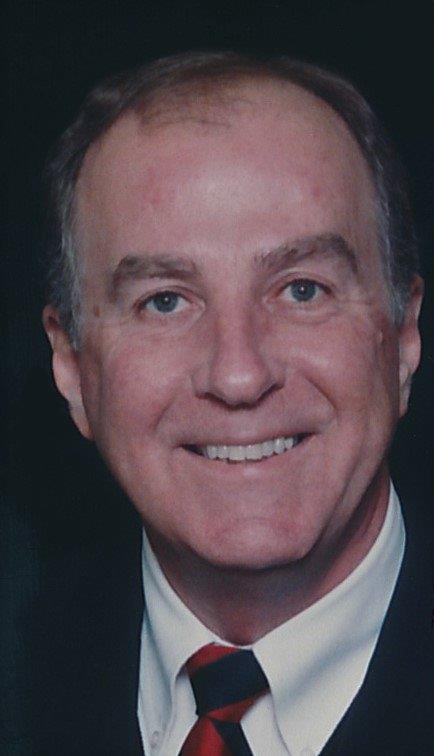 Allen Lee West, 77 of Charleston, WV passed away peacefully at home December 21 after a brief battle with advanced stage cancer. He was lovingly cared for in his final days by his wife of 52 years, Janie (Lowery) West and his daughter Allison (West) Westerman. Allen was a lifelong resident of Charleston, WV. He graduated from Charleston High School in 1961 where he served as the Class President and ran on the track team. Allen went on to earn a degree in Business from Morris Harvey College (now The University of Charleston) and serve in the Air National Guard. Upon earning his degree, Allen began working for State Farm Insurance Company where he enjoyed a 35 year career first in the Auto Company and later in the Fire Company as a Claims Adjuster and ultimately as a Claims Reinspector. Allen developed close and genuine friendships with his coworkers at State Farm, which was evident in the many phone calls and messages the family received over the course of the last couple of weeks. Allen was very active with his CHS class reunion committee and enjoyed organizing and planning the class reunions where he and his classmates reminisced on the fun times they experienced in their younger days. The members of this committee provided great comfort and encouragement during the last few days of Allen’s life. At various times throughout his life, Allen was a member of the Lion’s Club and the Masonic Temple of Charleston.

Allen will be remembered as a true family man. He was blessed to have a loving, devoted wife in Janie whom he adored. He loved nothing more than taking care of his wife, daughter and granddaughters. He loved a challenge – whether it was fixing a problem at the house or helping his neighbors. Allen relished sporting events, especially for his granddaughters and he was always there cheering everyone along and ensuring that they knew they had done a good job. He was a kind and humble man who enjoyed helping everyone he could in large and small ways with a smile on his face.
Allen was a true gentleman with a loving character, gracious heart and he never met a stranger. If he didn’t know you when you were first introduced, he would find a connection by the end of the conversation. Whether it was a family connection or a common friend or activity, when you left his company, you felt you had been friends for a lifetime.
Allen was preceded in death by his father, Charley Roy West, his mother Beulah (Workman) West and his brother, Charley Roy West, II.

He will be lovingly missed by those who survive him. He is survived by his wife, Janie (Lowery) West; his daughter Allison Westerman (Ryan); and two granddaughters Liza Grace (14) and Amelia Jane (9) who were the apples of his eye, he also leaves behind a sister, Winona Bonomi (Aldo); and a brother, Stephen West (Grace). Allen also leaves numerous nieces, nephews, cousins and friends that will cherish his memory.

The family would like to thank the gentle and caring staff of Kanawha Hospice for providing comfort to Allen and his family.

In lieu of flowers the family requests donations be made in Allen’s name to Kanawha Hospice 1606 Kanawha Boulevard W. Charleston, WV 25387 or the Kanawha-Charleston Humane Society 1248 Greenbrier Street Charleston, WV 25311.

Due to Covid-19 a memorial service and celebration of life will be held at a later time.

You may send condolences to the family at: wwwbarlowbonsall.com

Barlow-Bonsall Funeral Home is in charge of the arrangements.