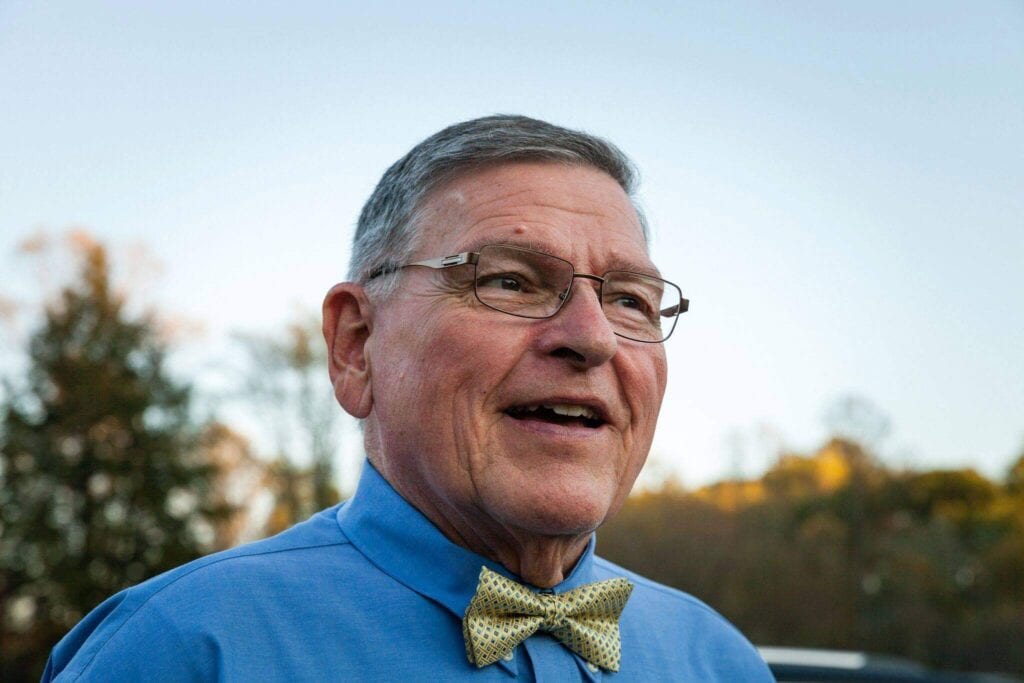 David Earl Alvis, 77, of Cross Lanes passed away Friday, October 9, 2020 following a brief illness.
Born on June 13, 1943 in Spencer, West Virginia, he was the second son of the late Harlan and Elizabeth Alvis. He was also preceded in death by his older brother, Robert – with whom he shared a love for classic cars.
Graduating from Spencer High School, he went on to receive his bachelor’s degree from West Virginia State College where he was inducted into Pi Sigma Alpha – the national Political Science Honor Society alongside his son, Sean.
Working his way up from Draftsman to Director of the Planning Office, David retired from the City of Charleston in 1998 with more than thirty years’ public service. Taking his experience into the private sector, he served as Property Manager for Four S Development in Teays Valley till his passing. Throughout his career, he was widely known for his incredibly warm sense of humor, integrity, generosity, and eagerness to serve and help others. Be it an island port, a restaurant on the Grand Strand, the Black Walnut Festival in Spencer or anywhere else he went, he always knew someone and left smiles, laughter, warm hearts, and fond memories behind.
First and foremost, David was a family man. Family was always at the forefront of his thoughts and deep in his heart, especially his beloved wife, Debbie. A loving and devoted husband, sacrificial father and proud father-in-law and grandfather, he took deep pride in his family. Among his favorite pastimes were cruising the Caribbean with Debbie and his daughter, Jennifer, vacationing with family at Myrtle Beach, decorating and opening his home to family and friends during the holidays, designing and crafting fishing lures and fishing with his grandson, Gabe. Blessed with an incredible depth of heart, he found great joy in welcoming others into his home and family including his daughter-in-law, Kim. Home is where the heart is, and his family was always the focus and joy of his heart.
David is survived by wife, Debbie; daughter, Jennifer Alvis of Cross Lanes; son, Sean Alvis, daughter-in-law, Kim and grandson, Gabriel Alvis of Charleston; beloved basset hound, Bella; sister, Karen Roberts of Hayesville, North Carolina; brother and sister-in-law, John and Marty Alvis of Scott Depot; and Paul Ice of Cross Lanes and Twan Reynolds of Beards Fork who he viewed as sons. The Alvis family would like to extend sincere appreciation and special thanks to the Summers family for their thoughtfulness and support, as well as the staff and members of Bible Center Church for their prayers, care, and love.
In lieu of flowers, the family would suggest a donation to St Jude’s Children’s Hospital which held a special place in David’s heart. Honoring his wishes there will be no public service at this time.
You may send condolences to the family at: www.barlowbonsall.com
Barlow Bonsall Funeral Home has been entrusted to handle the arrangements.