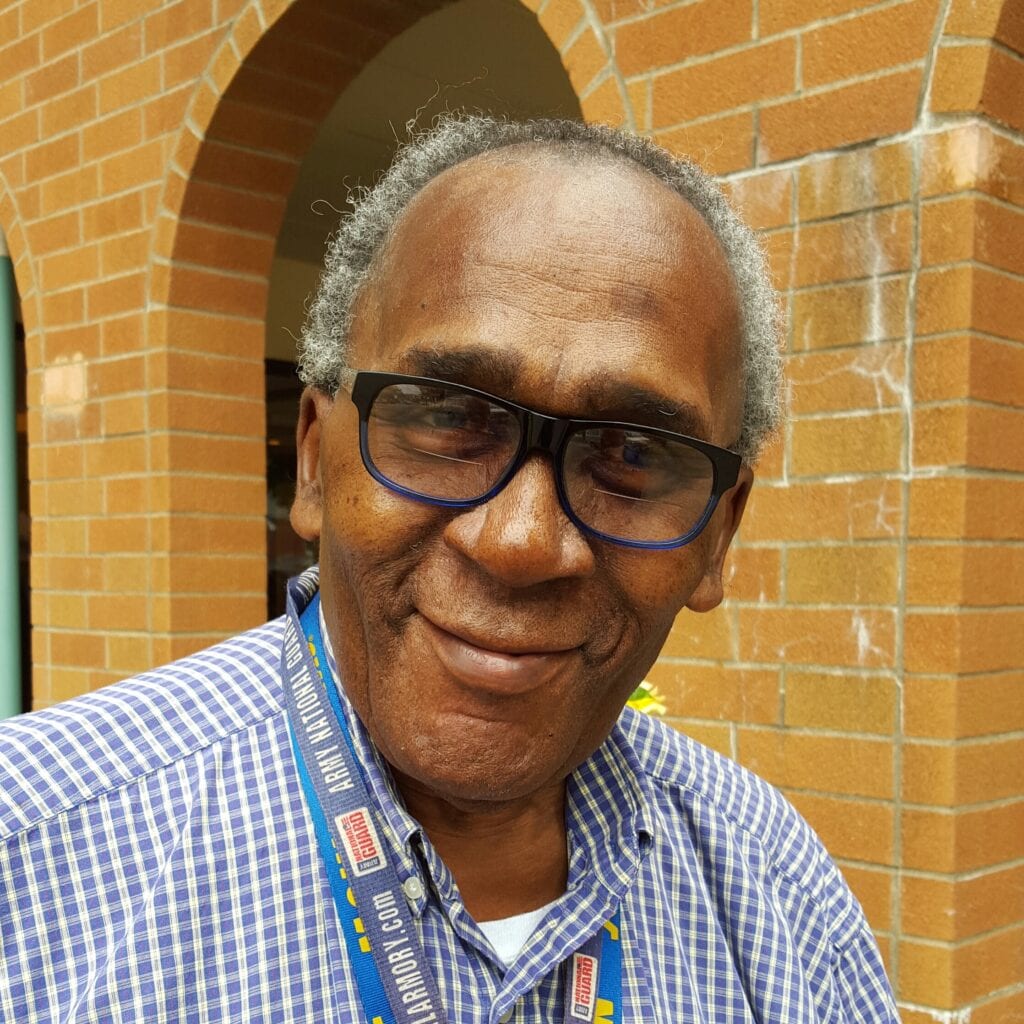 James O. Martin, 77 of Charleston WV, left this life on Thursday, December 17, 2020 at CAMC General. He was born in McDowell County, West Virginia, but never knew his family. He had many stories about growing up in the foster care system, some happy and some sad. It was determined at a young age that he was legally blind, which presented him with a challenging life.

After aging out of foster care, James entered the WV School for Deaf and Blind in Romney, WV. His memories of his time there were positive. He often talked about the school, the dormitory he lived in and the dining room that was shared by all the students. He remembered the head principle as a black man who was also blind and described him as truly kind. James loved music and when they had dances at the school, he was the D.J. From there he was sent to WV State College in Institute, WV, and enrolled in a program for deaf and blind students. Here he was trained to work in the kitchens, primarily as a dish washer. He had many friends in Institute, some he had known from Romney.

His new skills landed him a job at Bluefield State College. On weekends he would travel by bus to Charleston just for something to do. On one of those trips, someone told him about Manna Meal soup kitchen, so he stopped by. Judy Teel, the director of the soup kitchen, took notice of James and asked if he would like to volunteer. This is where he found his home.
Mac McLeod, a former priest at St. John’s Episcopal Church said of James Martin: “I think James came along about 1985. He started to hang out in the kitchen, helping Judy Teel with a variety of tasks as a volunteer. At some point, he morphed into a church volunteer, while still maintaining his schedule at Manna Meal. We gave him a set of keys and he opened the building every morning and entered the office and made coffee for us and turned on the computers and other devices. He became indispensable to us. “Gentle, loyal, and perceived more with his impaired vision than most of us do with 20/20.”

James loved baseball, basketball, music, and all animals. For many years he sat on the front rows during March Madness. He talked about all the ushers taking good care of him. The basketball trips that Joe and he would take. It was the same way at the Wheelers and the Power games. The pass time in the Manna Meal kitchen was name that tune. James could not only name the tune but could tell you who wrote and who sang it. His memory was remarkable.

A memorial service will be held in the spring. Memorial donations can be made in James honor to St. John’s Episcopal Church and/or Manna Meal, Inc. 1105 Quarrier St. Charleston, WV 25301. That is where he found his family.

You may send condolences to www.barlowbonsall.com