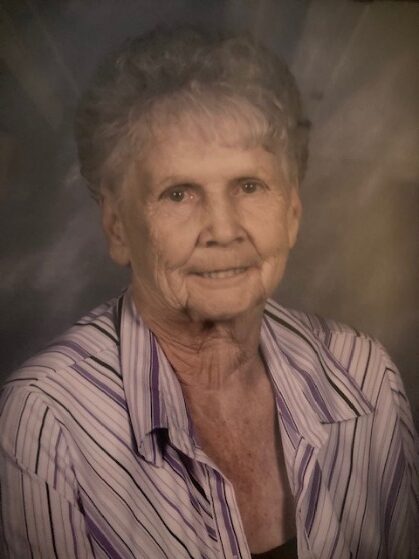 Cynthia “Mabel” Steele, (85), of South Charleston, WV entered the gates of Heaven on Sunday, January 10, 2021 at the Hubbard Hospice House. She was born in Sissonville, WV on December 1, 1935 to the late John Earl and Althea Ellen Crowder of Sissonville. Mabel, as she was known to family, friends and co-workers spent most of her life in South Charleston.

At the age of 15, Mabel began taking care of children and elderly in their homes. In 1956 Mabel married Charles Steele and moved to South Charleston. She started her working career at Charleston Memorial Hospital and later worked at the old Southern Hills Hospital in South Charleston. After the birth of her second child she began working at Thomas Memorial Hospital where she worked until she retired with 25 years of service. After the death of her husband in 1996, she started an in home day care service which she ran for a number of years before deciding to return to taking care of children and the elderly in their homes. She continued this for a number of years before finally retiring in 2016.

She was proceded in death by her husband Charles and sisters Lizzie Marie Crowder and Blanche Crowder Stone and brother Walter Clinton Crowder.

Mabel’s great gift was that of a caregiver. She loved people and people loved her. She was a member of the St. Paul United Methodist Church in South Charleston where she was a member of The Palm Class. She actively served as the contact person for the church’s Community Meals and for the Hike for Hunger Walk to help raise monies for food to feed the community.

At her request, her body has been donated to the West Virginia University Gift Registry. A memorial service will be held at a later date.

In lieu of flowers, memorial contributions in her name can be made to St. Paul United Methodist Church or the Hubbard Hospice House.

The family would like to thank the staff at the Hubbard Hospice House, the many hospice nurses that assisted and cared for her at home and the many friends and relatives who helped her during the last several months.