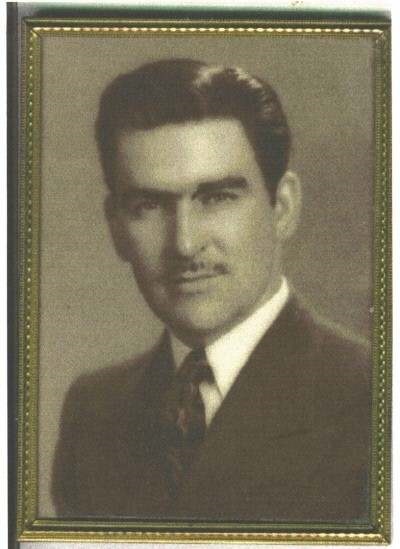 Raymond Eugene Hubbard, age 104, died in the Hubbard Hospice House in Charleston, WV on December 6, 2019.
Mr. Hubbard was born in Wise County, VA on September 12, 1915 to Mary Jane Riddle and Joseph Fletcher Hubbard.
He is the second oldest of nine children.
He is survived by his loving wife Alene, his two sons, John Hubbard (Rita) and Ronald Hubbard (Bobbie), three step-children, Susan Koegel (James), Linda Harris and Leonard Brandriet and their families, four grandchildren, Lisa Perry, Tiffany Rabke, Todd Hubbard and Steven Hubbard, five great-grandchildren, several nieces and nephews, and a host of admiring friends .
He was preceded in death by his wonderful first wife, Frances Marie Collins Hubbard, to whom he was married for sixty years, his parents and eight brothers and sisters.
He was employed in various aspects of the coal mining industry for most of his work life. He continued to work into his eighties.
He was a WWII combat veteran of the U.S. Army including combat at the Battle of the Bulge.
Raymond was a loving husband and father. His sons, John and Ronald, were blessed to have him as their father, mentor and role model in his character, conduct and conversation.
Throughout his life he demonstrated many outstanding character qualities including his integrity, common sense, wisdom, compassion, authenticity, humility, strong work ethic, pursuit of excellence in all his endeavors, love of participating and competing in numerous sports, a delightful sense of humor, an optimistic outlook on life, a wide diversity of interests, a life time pursuit of knowledge, a tolerance of other viewpoints, a quiet confidence, unselfishness, a generosity of spirit, a forgiving nature and the daily enjoyment of the simple pleasures of life.
A private family burial will be held at a later date.
Condolences may be sent to the family at www.barlowbonsall.com . Barlow Bonsall Funeral Home, Charleston has been entrusted with the arrangements.