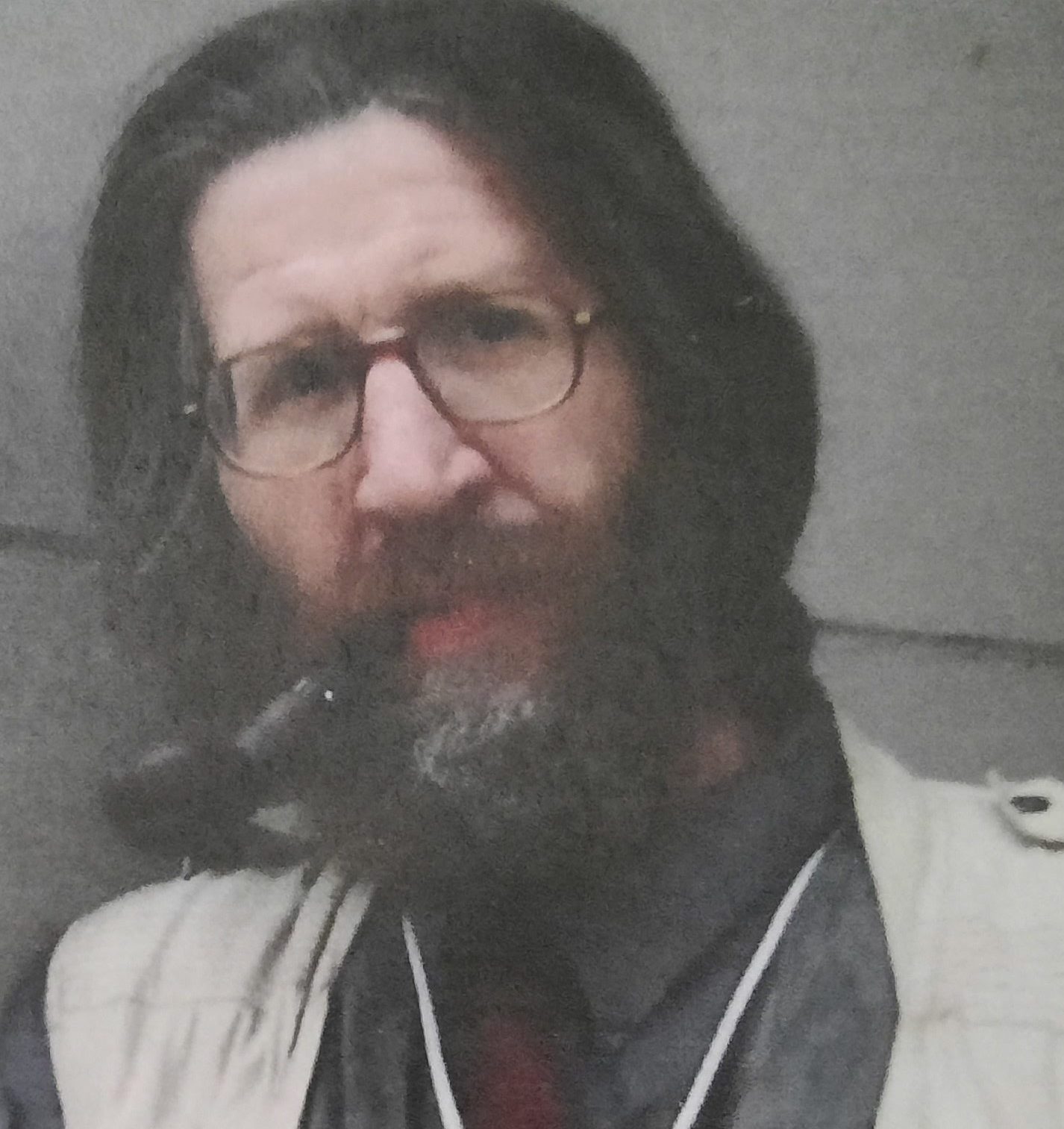 Robert Jelacic of Charleston passed away peacefully in his sleep on Wednesday, May 27th, 2020 in his home in South Hills. Robert was born in Wheeling, West Virginia on May 6th, 1949 to
Emil Jelacic and Theresa Skoda Jelacic. He graduated Linsly Military Academy in 1967 and went on to attend WVU and graduate with a degree in Geology. He held many jobs in this field, finishing his career at State of West Virginia in the Department of Homeland Security and Emergency Management.
Additionally, Robert proudly served in the US Navy in the early 1970’s, stationed in Italy.

Robert loved to read. No subject was off limits or too obscure. Everything from Science Fiction, History, Politics, and Fantasy. When it came to other matters of entertainment. He was a very big fan M.A.S.H., West Wing, Band of Brothers, and many shows and films that were centered around politics and war.

He also adored animals and nature. It would be rare to find him walking around his neighborhood without the accompaniment of his dogs Sherlock and Dawg. His ideals of environmental conservation and kindness towards all creatures was passed on to his children and grandchildren.

Family was his greatest accomplishment. He spent much of his time helping shape and mold his children. Robert was a devout father and grandfather; always doing his best to make sure that everyone around him was taken care of, happy, and healthy. He would always put the well being of his children above his own.

Robert is survived by his brother, John Jelacic and sister-in-law Leslie (Spence) Jelacic of Annapolis, MD; his aunt Blanche Dinger of Benwood; seven children: Carter Jelacic of Charleston, WV, Jessica Jelacic Welty and her husband Evan Welty of Las Vegas, Nevada, Christopher Jelacic and his wife Niki of Nitro, WV, Colin Jelacic and James Jelacic of Charleston, WV, Jordan Burle and her husband Chris Burle of Smock, PA and Jacqueline Jelacic of Morgantown, WV. Along with 4 grandchildren Riley Burle, Nathan, Liam, and Olivia Jelacic.
An open visitation memorial will be held at Barlow Bonsall Funeral Home in Charleston, WV Wednesday, June 3rd from 1pm to 3pm. Due to social distancing precautions, services will also be streamed live and made available to any family and friends who inquire about this with close family members.
In lieu of flowers, we ask that donations be made to the Kanawha-Charleston Humane Association https://www.adoptcharleston.com/