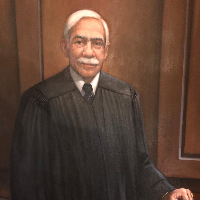 The Honorable Paul Zakaib, Jr., 87, of Charleston passed away November 26, 2019 at CAMC General Hospital following a long illness.
He served for 28 years as a Judge and Chief Judge of the Circuit Court of Kanawha County, from 1986 until his retirement in 2014. Earlier in his career, he served four terms in the House of Delegates from 1966 until 1974. Zakaib won multiple elections as a Republican at a time when West Virginia and Kanawha County were overwhelmingly Democratic. At the time of his retirement in 2014, Governor Earl Ray Tomblin awarded him West Virginia’s highest honor and made him a Distinguished West Virginian. 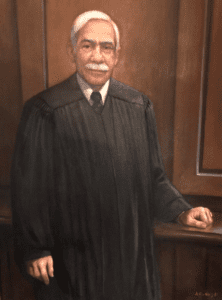 Paul Zakaib, Jr. was born on October 20, 1932 in Los Angeles, California and moved to Charleston with his family when he was five years old. He graduated from Charleston High School and the Morris Harvey College (University of Charleston) before enlisting in the Army. He served on active duty for two years and saw extensive combat during the Korean War. Afterwards, he received his law degree from West Virginia University.
He was preceded in death by his father, Boolas “Paul” and his mother, Haceebe “Hazel”.

He is survived by his wife, Maria DeRito Zakaib, and their sons, Paulo and Stefan, Stefan’s wife, Shannon, and their three children, Gracin, Gavin and Gage. He is also survived by his three sisters, Alice Koury of Charleston, Pauline Vaughn of Indianapolis, Indiana and Camilla Bahala of Alexandria, Virginia.
The family would like to extend a special thanks to Joe Rogers who came every morning and helped Paul prepare for the day, as well as caregivers, Nicole, Debra, Hillary and Blake Thompson for their excellent care and compassion.

In lieu of flowers – the family suggests donations may be made in memory of Judge Zakaib to the: The Michael J. Fox Foundation for Parkinson’s Research, P.O. Box 5014, Hagerstown, MD 21741-5014.

Condolences may be sent to the family at www.barlowbonsall.com .
Barlow Bonsall Funeral Home, Charleston has been entrusted with the arrangements.